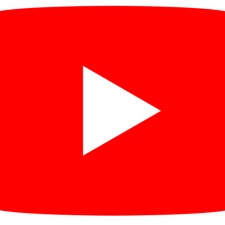 Millions of people have been turning to video games content on YouTube to pass the time during the COVID-19 coronavirus pandemic.

That's according to research from Tubular Labs – as reported by GamesBeat – in which the firm found that for the week ending March 30th, games videos were viewed a whopping 17bn times. That's a 24 per cent rise year-on-year.

Looking at the specific genres of games being watched, online games saw the biggest increase of 34 per cent. Second place went to strategy titles, which increased by 23 per cent.

There has been a 60 per cent increase in videos about Call of Duty since the end of March, largely due to the roll out of the free-to-play Warzone mode. New content creators have been breaking into the YouTube market, too, with Tubular reporting that four of the Top Five Call of Duty YouTubers for the period between March 10th and April 10th weren't in the Top Five for the previous month.

Minecraft has only seen a six per cent increase in the number of videos uploaded, though one YouTuber – Skeppy – has seen their viewership increase by a huge 285 per cent.