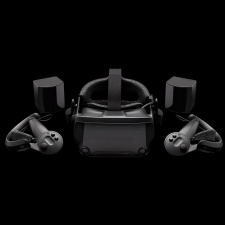 Valve's virtual reality hardware Index has sold out in North America in the wake of the reveal of Half-Life Alyx.

That's according to RoadtoVR, which reports that the headset is out of stock in both the United States and Canada with customers on that side of the US able to buy now to get the VR headset before Christmas Day. UK consumers are facing four-to-eight day delivery times for Valve Index, too.

This certainly points to Half-Life Alyx being something of a killer app for virtual reality as a platform. The title was revealed last week, with Valve explaining that the game could only have been released for VR.

Polish games firm CD Projekt told investors that it wasn't concerned about Half-Life Alyx launching close to its own eagerly-anticipated title Cyberpunk 2077 due to virtual reality being an incredibly niche market.

While The Witcher maker isn't wrong, the fact that Valve Index is selling out like this suggests that there is a drive for virtual reality. That said, we have no idea how many units of the VR hardware that Valve had in stock, it's hard to know for sure how well the tech is doing.