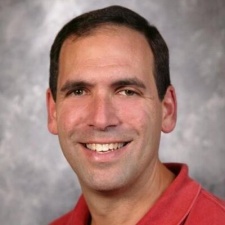 Right now there are around 2.6bn people playing games around the world, but Electronic Arts believes that this figure could rise by as much as a billion thanks to cloud tech.

Speaking to GamesIndustry.biz, EA chief technology officer Ken Moss said that the company's motivation for entering this emerging space with Project Atlas was to better understand the market and to help usher in more consumers into the sector.

"I've seen it transform so many things and the opportunity in games is incredibly exciting and not really achieved yet," Moss said.

"I truly believe that these forces – cloud and AI – will change just about everything in games. It's going to be a five or ten-year journey for us, but I say that confidently. I don't even think that's a bold prediction.

"With streaming, our motivations are to be where the players are so that they can play our games wherever and however they want. Our actions are consistent with that. How cloud gaming evolves is uncertain right now, but it's going to bring in another billion players into the gaming world. We say we're at 2.6 billion or so right now. We want to make sure we're at the forefront, but also get the early learnings so we know how to change how we build our games in that world.

"Our partnership with Microsoft is a big deal. We're really excited that they are believers in cloud gaming and that they're pushing hard. Our own investment is also a big deal to us. They are helping us get very direct learnings. They're natural extensions of work we have done in the past with things like Origin. They allow us to have this direct connection with players, and frankly we're just scratching the surface. You should expect us to actually look to partner a lot more than we have in the past."