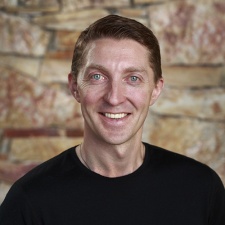 Publishing giant EA has said the Project Atlas streaming tech it revealed at the end of 2018 is less to do with becoming a platform in itself and more about making its games work best with this distribution method.

Speaking to GamesIndustry.biz, the company's VP of strategic growth Matt Bilbey said that based on the market's history, EA needs to be ready to make sure its content works on streaming platforms in then the best way possible.

"The conversation now can flip from platform holder to game creator because they are so intertwined. The game that creators are going to make is going to evolve based on what people are consuming on. That's why it's exciting being able to be part of both," he says.

"Part of our investment in the streaming tech last year wasn't necessarily because we have aspirations to be a platform -- but we know from the days of Gaikai that we get held accountable for the quality of the experience when someone plays it. If we don't understand what FIFA is like to play when streamed, or what happens with the Twitch gameplay of Battlefield... If we don't understand that and aren't the best at it, then the quality of our games could go down and that's not good for us. The main motivation of the investment in that space was based on a creative need to continue to make quality rather than necessarily a change in our business towards becoming a platform."

EA announced Project Atlas in October 2018 shortly after Microsoft revealed it was working on its xCloud streaming service, which is set to roll out in beta this October.

As PCGamesInsider.biz has said in the past, streaming and subscription services will represent one of the biggest shifts the games market has seen.