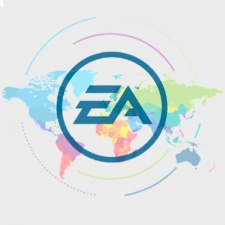 Publishing giant Electronic Arts has said that in the region of 10,000 users will be part of its forthcoming tech test for the cloud games aspect of its Project Atlas scheme.

Speaking to GameDaily.biz, a spokesperson for EA said that the trial would be using around 10,000 players and that the company would be looking at "consumer behaviour" as well as seeing what work and what needs to change about its cloud service.

"By testing the streaming technology at scale, EA is also seeking to gather direct inputs about how players like to consume games," the spokesperson said.

"Do they play most at home, do they play when they travel from their home location, how changes in bandwidth affect the player experience, and how we can sustain quality of service."

It's refreshing to see a company using a technical test as means of, well, actually testing tech. Too often companies seem to use betas as a marketing beat rather than as a means of gathering feedback that can be implemented in the game. As an example, the beta test for EA's 2015 release Star Wars Battlefront attracted 9.5m users - at the time the firm's largest - but took place just a month before the title was released.

EA also said that it is more interested in working with other companies in the cloud space rather than competing.

"We want to reiterate our enthusiasm to work more closely together with partners across the industry who share our passion for giving players more choice in how they play," the company said.

This echoes what VP of strategic growth Matt Bilbey said earlier this year - that Project Atlas isn't so much about launching its own platform but having a more comprehensive idea of how game streaming works.