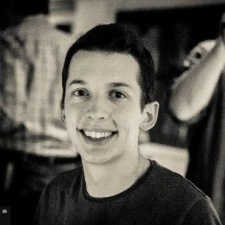 London-based game developer Flavourworks has closed a Series A funding round with a total of £3m ($3.8m) raised.

Sky Ventures has invested in the studio alongside Hiro Capital, itself a company that the former VC has invested in already. Hiro is itself a relatively new outfit, with Flavourworks being its first investment since launching.

Flavourworks was set up by Jack Attridge and Pavle Mihajlovic (pictured) back in 2015, with the company's first game Erica launching recently on PlayStation 4 with Sony Interactive Entertainment acting as publisher. A mobile edition is launching in the future, too.

“Erica merges the worlds of film and video games in a way that no one's done before,” co-founder Mihajlovic said.

“Our technology combines the mechanics of traditional storytelling with immersive soundtracks and next-level interactions that let you touch, feel and experience nuanced, interactive stories. This is the first time a game lets you reach out and touch a real, live-action world and have this world react to you in a meaningful way. We’re so excited to be working with our investors to help share these experiences worldwide.”

Sky Ventures startup investments and partnerships boss James McClurg added: “We have invested in the Hiro Capital Fund to discover exactly the kinds of technology and talent Hiro have found with Flavourworks. As Europe’s largest entertainment company and with innovation at our core, we see an exciting potential in Flavourworks’ Touch Video technology as it brings game-like interactivity to premium content. We are looking forward to supporting the company, as the technology develops and the content is produced out of Jack and Pavle’s studio, in the months and years to come.”