Global expansion, faster builds and the future of remote working: what next for Incredibuild? 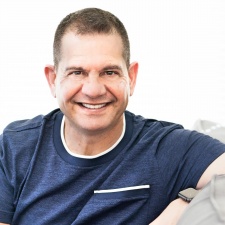 Last month, 3,500 industry insiders took part in devcom, the developer conference in Cologne that runs before Gamescom. It was during the event that we interviewed the development acceleration platform Incredibuild, quizzing Chief Revenue Officer Regev Yativ about what the firm has been up to since its most recent investment round.

During that busy week in Cologne, Incredibuild announced it was joining long-time partners Epic Games and AWS at the 2022 Epic MegaJam, lending its development tool to the week-long hackathon.

On its stand at the heart of Koelnmesse, Incredibuild is unlike the other games companies on parade. It’s a technology that enables the compiling and testing of software to happen over a distributed network. Spreading the load like this, and making use of idle CPU cycles across the network, means game builds happen more speedily than if you were compiling on local machines. The platform is used by some 2,000 partners, including games companies like Milestone (Ride, MotoGP, World Rally Championship), The Coalition Studio (Gears of War) and BANDAI NAMCO (Pac-Man, Tekken, Soulcalibur).

Yativ joined Incredibuild earlier this year and relocated to Tel Aviv after a three-year stint at US engagement platform Agora.

PCGamesInsider.biz: A year ago, Incredibuild secured $140 million of investment, and this year, another $35 million of Series B funding. What will that money enable you to do?
Regev Yativ: First of all, we have to remember of the $140 million that some of it was investment on the part of inside partners to buy into the company. So some of it was inside, some outside. And then Round B, a month-and-a-half ago, was Hiro Capital, and inside partners, adding $35 million.

The main driver for those investments is to cement Incredibuild’s position as an R&D enabler, investing more in the product and enhancing the product’s capabilities. For example, we’re releasing Build Cache, which is a new caching capability. That’s part of the effort for us to cater to more needs within R&D and development teams.

The second part is geared towards international expansion. We are deploying more and more people globally. We have an office in China, an office in Japan, an office in the US, and Israel, of course. And it’s growing really fast. All that expansion will put people closer to customers, wherever they are. It’s partly funded with that.

This company has a good record of sustaining itself operationally. None of those rounds came out of: “We need money!” It was evolutionary and added more strategic partners and inside partners. Hiro, for instance: they invest mainly in gaming, the metaverse, AR and VR companies. They’re very much embedded in that planet. So now we have a really nice diversity on the board. It empowers us with networking.

What exactly does Incredibuild bring to a game maker right now?
If you think about the game development process, it’s comprised of many builds. You’ll have to finish your build, and test it… and then you discover that you have problems. You have to go back and fix them, and do another build, and another one. Those iterations can take hours. Some customers tell us they’re looking at 20 hours of build time. Which is absurd! In some of the use cases, we’re able to cut short that wait. We can cut down a build from 10 hours to one hour. That’s huge.

If you distribute the build across the entire network, where you sit physically in the world is a little less important

We do it by distributing that build. It’s like breaking that build into pieces. We harvest idle CPU power from the cores on the network and use that power to generate that build much faster.

So not only are we cutting short the build time, but we’re also leveraging the idle capacity you have sitting on the network. Every network has, by the nature of the beast, idle capacity, and we know how to grab it and use it in the interest of accelerating your build.

Especially if you’re a game developer running very heavy builds: a lot of graphics, a lot of complexity – think about the metaverse, about VR – all of a sudden, instead of waiting six hours to get something ready, you’re waiting half an hour. And then you can run the test again.

So iterations are now going to be better. What we hear from customers is that at the end of it, they have better quality games because they can iterate more. They can test more. We know there are deadlines and time crunches; now people can iterate much faster. As a result, all the game metrics improve because if your quality is better, your users don’t dump you after the first “what happened here? Goodbye!” moment.

And there’s another angle that people don’t talk much about: hybrid working. A lot of developers sit at home now, after corona, and that’s an incremental value we bring to the table. Because if you distribute the build across the entire network, where you sit physically in the world is a little less important.

Do you think those are the biggest challenges? What else is the industry facing?
There are a couple of big challenges today. One is time to market. The second is the ROI on top of that. It’s basically how much money you have to invest in order to go to market. Not all developers have an unlimited budget, especially not indie studios and smaller studios. They have a budget. They need to go to market.

And all of that goes into the third challenge, which is monetisation. The gaming space is always subject to monetisation pressures. Incredibuild can help you cut down the cost of resources because we accelerate the build, so you consume less resource.

On the other hand, we accelerate your go-to-market and give you a better quality product. So all that translates into a better ARPPU. Users come back to your game more and stay on it more.

Do you cater for indie developers as well as AAA multiplayer games and metaverses?
The quick answer is yes! But actually, it’s a sandwich. It is a matter of, “How big is your deployment environment?” If you’re running a few machines, and your build is really long, we already bring you value, even if you’re two developers just coming up with a new game.

On one side is the big players that have big build farms. They have their own needs. Then we have special programmes for start-ups, and boot-strappers, and indie developers. We have special programmes for them. And we’re actually going further in that direction. We’re going to release a self-serve platform really soon. You can already consume some of our stuff through AWS Marketplace. So you don’t even have to talk to – God forbid! – service people, if you don’t want to! But if you are a big company, then you know it’s easier for you to have your account manager, your customer success manager, and we have a whole structure for them. So we’re going for the full sandwich.

And the other thing with developers, especially in the metaverse, is that a lot of the leaders in those big teams don’t always understand 100% of the detail of what’s happening in the developer layers. So this meeting between the leadership, strategic thinking, and developer power – this is where we’re going.

What is your special sauce? What makes Incredibuild different from other tools that people use to build games?
Let me set aside the excellent service and the amazing people at Incredibuild! I’m starting with that, because I believe that’s part of the secret sauce. But beyond that: it’s our ability to support you in every environment you’re in. We leave the power of choice to you. So whether you want to continue on-premises, or you want to go hybrid, or you want to go cloud – we enable all of those things. And we also enable them together.

Incredibuild started with two guys 15 years ago. We’ve been doing this with millions of builds. We bring all of that accumulated experience

So if you’re a dev op, you have one dashboard, and you can see your entire installation in one go. You can optimise; you can reduce here and increase there. You have control of the process.

And there's our reliability and resilience. Part of what we do best is taking those amazingly complex builds, and distribute them in small pieces. The bigger your build is, the more complex it will get. So you need a technology that has been tested in the market. Incredibuild started as a project of two guys 15 years ago. We’ve been doing this for 15 years with millions and millions of builds in experience. We bring all of that accumulated R&D product, and customer success experience to you – even if you’re the smallest studio.

And then maybe the final speciality is technological. I haven’t seen another technology that’s able to take a code build that takes 10 hours to run, and using simple, almost zero installation, work on it. Incredibuild is almost zero installation! You have a centralised installation. The devices themselves don’t need special installations – it’s very thin. It doesn’t require you to install everything on every machine. It’s very light, but very powerful.

One of the biggest global issues today is the cost of power. Does that affect a company running loads of servers, and doing a lot of processing?
Coronavirus actually accentuated that problem, which is chips. You can’t find chips. But for example instead of using one 64-core machine that’s very hard to find (it’s been in backlog for six months), I can take that build, and split it into small pieces. You can use, for example, 10 full-core machines instead of one giant machine that comes at a cost. Cost of management, electricity, overhead – there’s a lot of overhead. That’s if you’re able to find it. Everyone’s fighting for the same silicon right now.

Second: if we reduce the capacity of the power, the CPU power that you’re consuming in every build, sometimes 100 times, can you imagine how much you save in terms of cost of machine, the overhead on it, the electricity emission, space and data centres?

AWS has got it, and why they’re so excited about it is because they think that, long term, it’ll bring more people to the cloud. That’s why AWS gaming stack – and Azure as well – both of them have Incredibuild as an integral part of their stack. They announced it in GDC in March, publicly. The reason why they looked at this is because, long term, they think about the cloud as an agile environment. You can ramp it up and down. Companies are looking for ways to burst into the cloud, and we support all of those. From that perspective, economically, it’s a very good tool to reduce overhead.