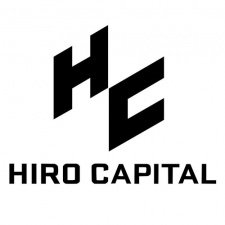 Speaking to GamesIndustry.biz, founding managing partner Luke Alvarez and co-founding partner Ian Livingstone claimed that developers in Europe released 123 PC and console titles in 2018 - substantially more than the 78 made in America and a marginal increase on the 103 that Asia produced.

"We feel strongly that there's been this capital gap in our set of industries," Alvarez said.

"There's a clear lack of post-seed capital, particularly in Europe. There are lots of entrepreneurs who have made good money and will invest as angels, but very little capital available once a business needs investment of between €1m ($1.1m) and €15m ($16.5m)."

Livingstone added: "We looked at the market and realised the opportunity there. The perception around the games industry is generally poor, often missed by VCs who don't understand the space and don't really attempt to find out more about the space. And so all these opportunities are left untouched -- and particularly the funding gap. People can get seed funding to get off the ground, but there's none of that follow-on fund."