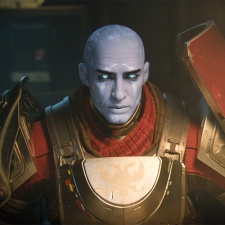 Destiny 2's launch on Steam has seen the game explode in popularity on PC.

That's according to the third-party community tracker app Charlemagne - as reported by PCGamesN - which says that 51 per cent of the game's user base three hours from the time of writing were playing on PC. PlayStation 4 clocks in at 28 per cent, with Xbox One claiming a 21 per cent slice of the pie.

A web archive of the Charlemagne page from 12 months prior shows that a year ago PC took up just 22 per cent of the Destiny 2 playerbase. Back then, PlayStation users were 46 per cent of the total, while Xbox came in at 32 per cent.

As reported by PCGamesInsider.biz earlier this week, Destiny 2 is owned by some three million people on Steam, according to SteamSpy. That has dropped down to 1.8m since. It's worth noting that SteamSpy is not 100 per cent accurate and doesn't claim to be, either.

SteamCharts reports a peak concurrent user figure of 292,314 players since Destiny 2's October 1st release, with a high of 209,218 concurrent users in the last 24 hours.

Before Bungie bought the publishing rights to Destiny from Activision Blizzard at the start of 2019, the sci-fi online franchise had around six million monthly active players. Impressive as that is, it wasn't enough for its former partners, who said that the game was not meeting expectations. COO Colister Johnson said that not owning the IP put a limit on how much money it could make from Destiny.