Tencent hoping to capitalise on games success for cloud business 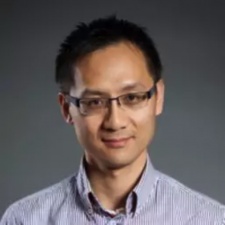 Chinese tech and entertainment giant Tencent has said that it wants to use the success it has had in the video games industry to make to establish its cloud business.

Speaking to Reuters, the head of Tencent Cloud and Smart Industries Dowson Tong said that the company is on the hunt for partners for partners in South East Asia, including South Korea, to use its tech for cloud-based games.

The exec said that Tencent is looking to play the long game with its cloud business as it's a rather big venture to establish.

"Our focus will be to capitalise on the advantages that Tencent has with the global video games eco-system, and help more customers - some of whom are Chinese businesses going overseas, some of whom are local game developers in foreign markets," Tong said.

He continued: "Many of the things we are doing will take a relatively longer time. It's not like we're selling a small product that needs quick decisions. This business needs a longer runway."

Tencent recently announced a partnership with hardware firm Razer to create a set of standards for cloud games. The Chinese giant has also been involved in two cloud streaming services in the region. The Start platform underwent a beta trial in March of this year, while Tencent has also partnered with chip specialist Intel for the Instant Play streaming service.