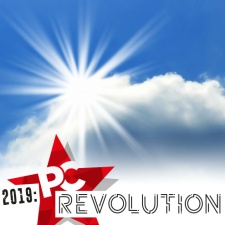 That's according to Niko Partners Daniel Ahmad, who reports that this new initiative will work with both PC and mobile devices.

Per images from Ahmad's tweets, the service will stream gameplay footage at 60 frames per second at a 1080p resolution with a latency of below 40ms. Monster Hunter World is seen being played on a laptop; Tencent has the Chinese publishing rights for this title, though this title was pulled from sale in the region in August last year as part of the game approval freeze that lasted between March and December.

Furthermore, Tencent and Intel are holding a session at this year's GDC where they are going to be discussing cloud games solutions for PC and Android, which suggests that this might not be making the leap to iOS devices, at least not yet.

"Cloud gaming is getting a lot of press lately," the session description reads.

"Come hear what Tencent is doing, as the leading cloud service provider in China. They are embracing the cloud to deliver graphic-intensive PC and mobile games as well as core developer solutions. Learn about their technical approach to reduce development costs associated with new game releases, updates and maintenance. Understand how they are meeting the evolving needs of gamers everywhere in the growing cloud gaming world.

"In this session the Tencent WeTest team, Tencent Game Platform team and Intel will share a technical overview of Tencent's leading cloud gaming solutions for both Windows PC gaming and Android mobile gaming based on Intel's latest emerging visual cloud technology. Tencent is embracing this for best high-efficient, dense and cost-effective cloud gaming platforms that are driving gaming at scale for anywhere anytime for next-gen gaming."

That Tencent is looking to make a play in this market is hardly surprising. Some pretty big companies such as Microsoft, Electronic Arts and Google are all getting into the space with their Project xCloud, Atlas and Stream schemes respectively.

Google, however, is set to announce what it is getting up to in the games space - which no doubt includes its Project Cloud initiative - at GDC this year.

Tencent is preparing to test another streaming platform Start in China