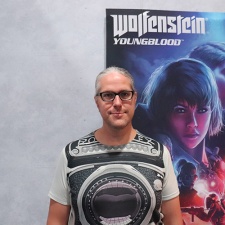 MachineGames senior game director Andreas Öjerfors has said it's "incredibly weird and disappointing" that the company's Wolfenstein games have become more relevant as time has moved on.

Speaking to PCGamesInsider.biz at Gamescom 2019, the developer said that the studio just wanted to make "interesting stories" with 2014's The New Order and that they were never intended to be relevant, but a change in the cultural zeitgeist has made them so.

Öjerfors also said that once it started working on 2017 follow-up, The New Colossus, the studio started to see more conversation about the game's theme - fighting the Nazis - being problematic.

"It's incredibly weird and disappointing. We never meant for our stories to be relevant, we wanted to tell great, interesting stories to the best of our abilities," he told PCGamesInsider.biz.

"But then, when we started to talk about Wolfenstein II: The New Colossus, we started to get comments online about the theme of the game, fighting the Nazis. Somehow some people felt that was problematic, which is just incredibly disappointing. We've seen an increase of right-wing extremism in the Western world. We see that online to a great degree. Right-wing extremists are great at affecting the debate online. And of course, maybe they abused us to whip up some anger when we were making Wolfenstein II."

You can keep up with all of PCGamesInsider.biz's Gamescom 2019 coverage right here