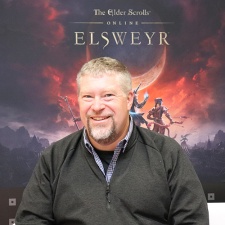 The introduction of dragons into MMO The Elder Scrolls Online was a key factor in that title's userbase reaching 13.5m users.

That's according to the president of developer ZeniMax Online Matt Firor, who told PCGamesInsider.biz that the nostalgia factor of Skyrim should never be "underestimated" when it comes to The Elder Scrolls franchise. The Season of the Dragon and the launch of Elsweyr was announced in January 2019.

"The Morrowind expansion was good but Summerset was really good," Firor said.

"We were on a high from that at the end of 2018 and then we announced dragons and Elsweyr. The CGI trailer we announced it with on Twitch had a huge number of viewers on the stream; it was insane. So the coverage of that stream was one of the big things that got people on-board with the Season of the Dragon. Don't ever underestimate the power of the memories of Skyrim and the dragons.

"Having them in the game was just another hallmark of The Elder Scrolls. Having a gorgeous CGI introducing how dragons come into the world and then within weeks, we allowed users to play that segment that you see in the CGI where you're unleashing the dragons. It's just very well done and immediately people got what we were going for."

You can keep up with all of PCGamesInsider.biz's Gamescom 2019 coverage right here