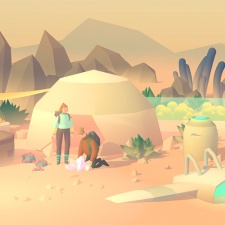 Berlin-based developer Klang has announced that it has secured $8.95m in Series A funding.

The investment round was led by early stage VC firm Northzone, whose previous ventures include Spotify. The cash will be going towards development of Klang's ambitious MMO Seed.

In total, Klang has raised $13.95m to date following a second round of equity funding that ended in March of this year.

“We're truly humbled to have secured the Series A for the development of Seed, a project that we believe will play an integral role in the next generation of social simulations," Klang co-founder and CEO Mundi Vondi said.

"We're honored to share our vision with Northzone, and are more excited than ever to tackle this very ambitious project."

Northzone partner Paul Murphy added: “Klang has everything you’d want as an early stage investor - massive vision, experienced team, and an incredible early version of the product. We’re thrilled to be partnering with the team to help bring Seed to market."

Klang is a new studio formed by veterans of CCP's Eve Online and Dust 514 games.

Its debut project, Seed, is being made using Improbable's SpatialOS tech.