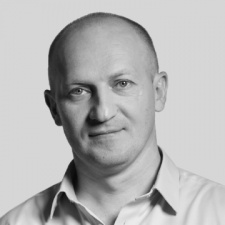 There's a new player in the PC games store wars.

Russia's My.Games has announced that it is rolling out its own marketplace - the My.Games Store - between October and December of this year. This new platform follows in the footsteps of the company's Games.Mail.Ru storefront, which the firm says has 13m monthly active users.

In terms of a launch line-up, My.Games has confirmed that titles from its own roster - including Warface and Conqueror's Blade - will be available, in addition to other third-party titles. The platform features a revenue split of 70/30, which isn't as competitive as the Epic Games Store or Discord's marketplace.

In addition to being able to sell games on the storefront, My.Games Store developers will also be able to integrate functionality from Lootdog - letting users sell in-game items for actual money - and the Donation Alerts feature will let streamers make cash from the platform.

“Although our background is delivering F2P and premium titles to an Eastern European audience, the My.Games Store is the next step in bringing our expertise to a global market. We believe we can offer a wealth of support and knowledge to studios and publishers looking to reach both a Russian and a global audience.”

The store's chief Rodion Kotelnikov added: “Our Games.Mail.ru platform has been tailor-made for the Russian-speaking audience. Over the years, we’ve created unique technology, monetisation systems, and the expertise needed to succeed in this market. We are now ready for the next step - taking the platform international. For our international partners, this will open the door to our platform’s multi-million audience, while the players will gain access to a broader range of games.”

The My.Games brand was established in May of this year by Russian internet giant Mail.Ru with the purpose of bringing all the of the firm's interactive entertainment business under one roof.