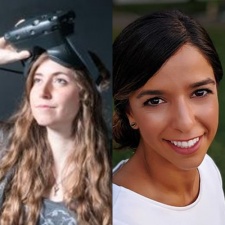 The executive directors of IGDA and IGDAF - Renee Gittins (right) and Nika Nour (far right) - have said that there is no link between violent video games and gun crime, as well as that blaming interactive entertainment distracts from the broader conversation about gun legislation in the USA.

This follows US President Donald Trump saying that it is easy for disturbed people to surround themselves in a culture of violence, part of which is video games. The commander-in-chief also said that he wanted social media companies to find ways of spotting "red flags" that individuals might be likely to commit a mass shooting.

This follows two shootings in 24 hours, in Dayton, Ohio and El Paso, Texas. At the time of writing, 31 people have died as a result of these instances; nine were the result of the former, with another 22 killed in the latter incident.

This isn't the first time that the IGDA has made such a statement. The developer body said there was no link between violent games and gun violence in March 2018, once again responding to remarks made by Trump.

US video games trade body the Entertainment Software Association has been rather silent on Trump's remarks from yesterday, though we suspect they have other things they're concerned about at this point in time. We've reached out to the organisation to see if it has any comment.

“Our deepest condolences and hearts go out to the victims and families affected by the tragic events in Dayton, Ohio and El Paso, Texas," Gittins and Nour said.

"Society has endured too many senseless acts of violence and horrific mass shootings. Blaming video games distracts from the broader issues at hand. There is an overwhelming amount of research that finds there is no evidence linking video games to violence. Video games do not cause violence, and we support efforts to discontinue this misguided information.”

Video games will not be a scape goat for gun violence, says IGDA