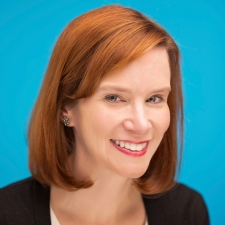 International Game Developers Association (IGDA) director, Jen MacLean, has reiterated that there is no connection between playing video games and gun violence. The comments were made in response to a recent meeting to discuss the issue called by US President Donald Trump.

MacLean told USgamer: “The science is crystal clear. There is no connection between playing video games and gun violence, absolutely none.” She added: “When you look at how video games are played around the world, the United States is unique in its problem with gun violence.”

The IGDA previously took to Twitter the day before the Trump meeting to share their stance against video games being used as a scapegoat in a series of tweets.

“The IGDA believes very strongly and we've stated publicly - and will continue to state - that anytime to use video games as a scapegoat instead of moving forward with common sense gun laws that the majority of Americans want is doomed to fail,” claims Maclean in the USgamer interview.

The meeting with Trump was a worry for the games industry worldwide, but it ended up as a fact finding session instead of a debate.

Video games will not be a scape goat for gun violence, says IGDA