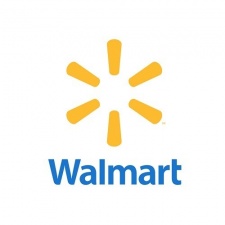 American retail chain Walmart has asked its employees to remove all signs and playable demos for violent games.

According to Vice, the decision stems from recent shootings at two different Walmart stores.

Two employees and a police officer were shot in Southaven Mississippi on July 30th. The following week on August 3rd, 22 people were killed with a further 24 injured in a mass shooting in El Paso, Texas. That was one of two similar incidents, with another taking place in Dayton, Ohio, during the same weekend.

Employees are reportedly being told to remove violent games from the consoles section, get rid of movies demonstrating violence and remove hunting videos from stores.

Interestingly - though perhaps unsurprisingly - the stores are still selling guns and ammo, equipment that can be used to cause real-life damage.

US President Donald Trump continues to blame video games for the mass shootings America is experiencing. Trump first blamed games for these violent acts in February 2018 following the shooting in Orlando, Florida.

In contrast to Trump's beliefs, video games trade body for the United States The Entertainment Software Association points out that other societies in which games are played have less violence than the US. Both the IGDA and IGDAF refuted the assertion that video games are in any way responsible for gun crime following the mass shootings in El Paso and Ohio.

"I went into work yesterday and they handed me a copy of the instructions to remove the violent signage and gaming displays," a Walmart employee told Vice.

"And I immediately threw it away because it’s obviously a way to shift the blame from the real problem regarding the mass shootings. I didn’t get to confirm this yesterday but they aren’t doing anything about the sales of guns and ammo in the store."

ESA: 'Other societies where games are played as avidly do not contend with the tragic levels of violence that occur in the US'