The Witcher Netflix series is for a mature audience, says showrunner 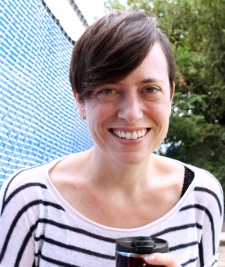 Netflix's new series The Witcher is aimed at an adult audience.

That’s according to showrunner Lauren Hissrich (pictured), who said in an interview with Entertainment Weekly that the TV series features a great deal of violence and sexual content. The series, which is based on the books by Andrzej Sapkowski as opposed to the video games from Poland's CD Projekt, will franchise protagonist Geralt - portrayed by Superman actor Henry Cavill - slaying many beasts during its runtime.

Details surrounding series one are being kept quiet, though it's confirmed the direction in which it goes is different from the games.

"We're kind of holding close to our chest what we're doing in the first season. There's a lot of obviously epic excitement that starts in the saga of the books."

“And characters you hate and seem absolutely evil are motivated by something that's really relatable and human and emotional. I found writing it and then watching it afterward that your allegiance switches a lot. You constantly try to put yourself in the shoes of characters and think what would you do [in a situation]. I think you'll end up having a lot of empathy for characters you didn't expect to."