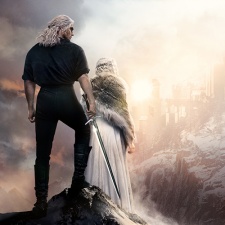 The trailer for the second series of Netflix's The Witcher TV show debuted over the weekend.

The promotion features Geralt of Rivia – played by Henry Cavill – travelling with Freya Allan's Ciri to the Witcher home fortress of Kaer Morhen. Much like the first series, there's lots of chat about concepts like destiny.

The second series of The Witcher is set to debut on December 17th.

The TV show made its debut in December 2019 – which feels like a long time ago, for *some reason* – and quickly became one of the most-watched first series on Netflix to date at the time. The Witcher was renewed for a second series before the first even launched and it looks like a third is in the pipeline, too.

Netflix is also producing a number of spin-offs for the TV show, including an anime based on The Witcher – Nightmare of the Wolf, set to launch on August 23rd – and a prequel TV series set 1,200 years before the events of the main TV series.

Showrunner Lauren Hissrich has said that she has seven series planned for The Witcher.