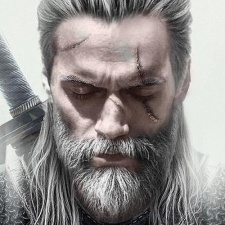 Netflix's The Witcher television has its star.

Superman actor Henry Cavill will be playing the lead role of Geralt of Rivia in the eagerly anticipated television show. The Man of Steel star announced the news via Instagram (below) before the streaming service retweeted the news on Twitter.

The Witcher TV show is set to launch in 2020, having been announced back in 2017. It is based on the original novels by Andrzej Sapkowski, rather than the popular video game series from CD Projekt RED.

My new mailing address is: Geralt C/O Vesemir Kaer Morhen Kaer Morhen Valley Hertch Kaedwen Please note, I'm rarely there. Monster slaying being what it is. So, replies will be few and far between, if at all. @Netflix #Witcher #GeraltOfRivia

Henry Cavill will play Geralt in #TheWitcher — an epic, eight-episode fantasy series based on the best-selling book series!! pic.twitter.com/fBv0Gpkif9

The Witcher Netflix TV show could be out in 2020

A new Witcher title is already in the works