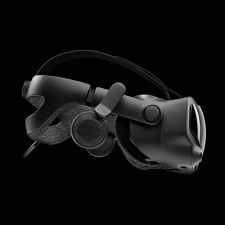 Valve Index VR kit has stormed to the top of the Steam charts.

Valve’s new VR hardware comes with a fair price tag, but that didn’t stop the index selling out between now and its June 28th release. The tech is currently available for reservation and the fact that index is back at No.1 means it’s proving rather popular.

The knock-on effect continues with Grand Theft Auto V finding itself at No.4. The recently-released Earth Defence Force 5 lands in fifth place, Octopath Traveller climbed into the Steam top sellers at No.6 with a 30 per cent sale.

CD Projekt RED’s ever-popular The Witcher 3: Wild Hunt - Game of the Year Edition has dropped to eighth place with the No.7 slot currently missing. Facepunch’s Rust falls two places coming in at No.9 while CD Projekt Red has a second title within the top sellers for Steam, pre-orders for the highly anticipated Cyberpunk 2077.

Here’s the Steam Top 10 for the week ending July 13th: