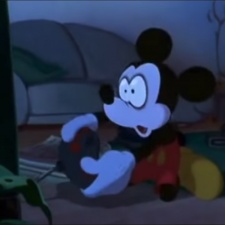 In an interview with Bloomberg, investor advisor representative Nick Licouris says that there are upsides due to the former's burgeoning esports business and the latter's TV networks, with Disney also able to make the most of Activision Blizzard's characters in broader entertainment.

Gerber Kawasaki owns Activision Blizzard stock worth in the region of $4.3m at the time of writing, as well as $22m in Disney shares.

Activision Blizzard wouldn't be a cheap deal, though. Right now the company's market cap is $37.27bn, though this is a 36 per cent decline from 12 months ago and a 43 per cent dip from its October 2018 high, when the games giant's share price hit $83.39.

The price is still just over half the $71.3bn that Disney paid for 21st Century Fox, but the former Murdoch company has absolute riches in entertainment IP.

Walt Disney has tried to get into the games space in the past and not had the best luck. The firm renamed its Buena Vista Games to Disney Interactive Studios in 2007, making a slew of acquisitions in the second half of the 2000s including Climax Racing - renamed Black Rock Studio - Avalanche Software, GameStar and Wideload Games.

The firm saw little in the way of success with new IP like Split/Second bombing and the company ultimately closing many of its studios and making losses of more than $200m a year between 2008 and 2012. The firm cancelled its toys-to-life project Disney Infinity in 2016, too, closing Avalanche Software in the process before that developer was bought by Warner Bros Interactive Entertainment.

As a result, CEO Robert Iger has said that the licensing model works best for the company. The House of Mouse has teamed up with Electronic Arts for the Star Wars IP on PC and console - which so far has yielded BioWare Austin's The Old Republic MMO, two Battlefront games from its DICE studio and the forthcoming Jedi: Fallen Order from Titanfall maker Respawn Entertainment, in addition to a plethora of cancelled projects set in a galaxy far, far away.

That's on top of the partnership with Japanese publishing giant Square Enix for an Avengers game with Crystal Dynamics and Eidos Montreal at the helm, which was shown off for the first time at this year's E3.

It's unlikely that Disney will want to set up a games business again given its past problems in the market, and licensing its IP out on a case-by-case basis seems to offer the best of both worlds to a huge company with a wealth of massive entertainment brands that is also hugely risk-averse.

But if it were to get into the games space and simply buy up a big player already, Activision Blizzard is potentially a good fit. It has IP which are potentially transferable to TV and film - especially on the Blizzard side of things - as well as massive franchises like Call of Duty which will always do the numbers.

Despite being potentially lucrative, that series might be a reason why Disney would not be interested in the company given its desire to not court controversy, something that the forthcoming Modern Warfare is already doing. Then again, Disney already works with the Pentagon on its Marvel films and isn't afraid of annoying people with its more progressive choices with those super hero films, but by and large, the entertainment giant very much likes to play it safe.

Right now, Activision Blizzard lacks the breadth of content to bring a mainstream player on board, with its Guitar Hero and Skylanders IP seemingly dying a death - though the latter was successful as a Netflix series until it was cancelled in April of this year. Activision Blizzard also has King in its line-up. A mobile developer that has seen repeated success owned by a traditional games company is something of a rarity and therefore likely very attractive.

One company that would provide a huge breadth of content and IP is Electronic Arts, which Disney already works with on the Star Wars IP. The firm boasts titles for hardcore gamers - such as DICE's Battlefront and Battlefield series, as well as Respawn's Titanfall IP and thus Apex Legends - in addition to IP that court a more mainstream audience like the ever-popular FIFA and Madden licensed titles and The Sims.

Looking at Disney's acquisitions these last few years, the company is after blockbuster IP with broad appeal and a solid hit rate

The company would cost less than Activision Blizzard at the time of writing, with a market cap of $29.08bn - a dip of 31 per cent over the last twelve months - but it is mired by controversy at the moment. As Iger will no doubt remember, EA is arguably the company that kicked off the current negative sentiment towards loot boxes and aggressive monetisation in video games following Star Wars Battlefront II; a controversy that Disney had to get involved in at the time. Still, Iger has praised EA as a partner since that mess but the games firm remains in negative press over loot boxes as countries around the world decide what to do about the business model.

Grand Theft Auto firm Take-Two - current market cap $13.29bn - is another contender, depending on how much controversy Disney is prepared to endure. The company has boasted huge growth and boasts a wide array of IP, ranging from Rockstar's aforementioned crime romp, to the NBA 2K basketball IP that has been a hit both in the West and in China, and its mobile business it now operates thanks to the acquisition of Spain's Social Point in 2017.

Though Grand Theft Auto - and much of Rockstar's output - is hugely lucrative, the title is constantly the subject of moral panic and is a well-known pariah to many anti-video game groups. Given Disney's family-focused and relatively safe brand image, it's unlikely that the House of Mouse would want to be involved with that kind of bad press.

But enough of American games giants - let's cast our eye to Europe for our final potential investment for the House of Mouse; the house that Guillemot built. Ubisoft arguably boasts the widest array of IP in the games market right now, ranging from triple-A mature hits like Assassin's Creed, Watch Dogs and The Division, to more family-friendly releases such as Just Dance, Mario and Rabbids and Trials. The French firm has multimedia ambitions that include bringing The Division to TV screens via a movie deal with Netflix, as well as the Splinter Cell film staring Tom Hardy that is constantly threatened but never seems to appear. Its Rabbids brand, a spin-off of Rayman, has already proven to be a hit outside of games, with a successful TV show, comic book series and a film in the works.

Ubisoft's more apolitical stance probably sits right with Disney's safe approach to controversial topics, too. And with a market cap of just $8bn, the House of Mouse would be getting a lot of bang for its buck. Whether Guillemot and co would sell is another matter. The French firm spent years fighting off a hostile takeover from media conglomerate Vivendi and the publishing giant has made clear that it values its independence. Though Disney is doing some relatively interesting things with the Star Wars and Marvel franchises, it's unlikely that a Disney-owned Ubisoft would have the same amount of creative freedom as it does right now - not by a long shot.

It's highly unlikely that Disney will try and buy its way into the games industry again. Per Robert Iger's point to investors earlier this year, the company has tried and failed rather spectacularly before so it's unsurprising that the House of Mouse wants to keep any potential games business at arm's length, as it were. But looking at Disney's acquisitions these last few years, the company is after blockbuster IP with broad appeal and a solid hit rate - something that all of the companies listed here have.