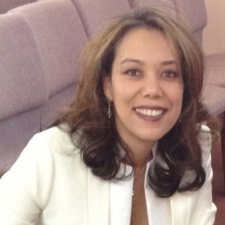 Activision's Vicarious Visions studio has been moved to its Blizzard sibling company.

As reported by GamesIndustry.biz, the Tony Hawk's Pro Skater 1 and 2 developer became part of the Overwatch firm effective Friday, February 22nd. This also means that the studio won't be leading work on aforementioned skateboarding title, which is a somewhat curious move given the overwhelming critical and commercial success of last year's remake of Tony Hawk's Pro Skater 1 and 2.

Vicarious Vision studio head Jen Oneal (pictured) is being promoted to EVP of development at Blizzard, reporting into president J Allen Brack, while COO Simon Ebejer is stepping up to the studio head role.

"After collaborating with Vicarious Visions for some time and developing a great relationship, Blizzard realised there was an opportunity for [Vicarious Visions] to provide long-term support," a spokesperson said.

Activision bought Vicarious Visions in 2005, The Albany, New York-based studio has contributed to many of the publisher's big-name IP, including Destiny, Call of Duty and Guitar Hero (Hey, remember Guitar Hero?).

According to Bloomberg, Vicarious Visions being moved to Blizzard comes in the wake of the World of Warcraft giant dismantling one of its internal teams. The outlet also says that Vicarious Visions has been working on a remake of classic dungeon crawler Diablo 2.