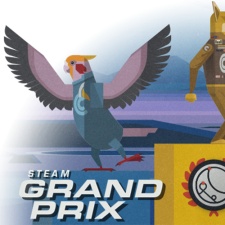 Another Steam Sale has arrived and with it a strange meta game that Valve has designed - but this one has caused more confusion than normal.

The Summer Sale has a 'Grand Prix' meta contest attached to it, which has baffled consumers and caused issues with Wishlists, who thought they had to remove games from the 'intend-to-buy' section in order to make sure they received a title they wanted for free.

In a blog post, Valve programmer Tom Bui said that it is now clearer what the rules of the Grand Prix are. The Steam bod said that if a user's team wins, they are set to receive the top item from their Wishlist - complete with a handy gif to show what's going on.

"We’re hoping some of these changes will help make the event more clear and enjoyable. We’ll keep an eye on things and continue to adjust the game as needed," Bui wrote.

"Our goal is to host a fun event where you get to explore and use Steam in new and interesting ways, but it’s clear that this time around we could’ve done better. To help make up for all this, for everyone who was active on day 1 we’re going to increase the max points you can earn by 1000, and further increase this by another 1000 for everyone who was active on day two (so if you were active on both days, you’ll be able to earn another 2000 points). This will increase the maximum number of points you can earn through completing quests or achievements in your games, which you’ll then be able to spend as tokens at the Pit Stop after boosting your team."

Steam is having a sale for China's Single's Day

Steam is doing something a bit different with its Spring Sale