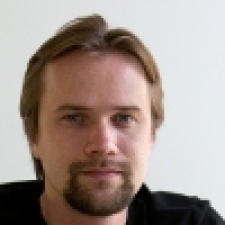 Japanese publisher Square Enix was mentioned over 9,500 times in media coverage around this year's E3.

That's according to Ico Partners' Thomas Bidaux, who reports that the firm was the most-mentioned third-party publisher at this year's show with 9,535 nods. Second place goes to Ubisoft with 8,172 mentions while Electronic Arts came in third position with a cool 8,076.

As for why Square Enix took the top spot, it's likely due to the fact that the first part of its long-coming Final Fantasy VII remake has been given a release date, while the company also revealed its Avengers collaboration with Marvel and Disney.

Cyberpunk 2077, of course, was the most mentioned game ahead of the aforementioned Final Fantasy VII Remake and Avengers game - which Bidaux notes was mentions of just the game.

"Unsurprisingly, the publishers that hosted a press conference are ahead of the ones that didn’t. However Square Enix taking such a strong lead is unexpected," Bidaux wrote.

"This is the first time since I have been tracking the media coverage of E3 that it has happened. Another performance of note is Devolver Digital showing up in the chart, ahead of Sega and Activision (not shown here) and almost at the same level as Konami. Devolver is hosting its own event, but in the past, it didn’t get them to get that volume of coverage in the past."

He continued: "With such a high volume of games on show those that manage to stand head and shoulders above the others pretty much guarantees big things ahead. Cyberpunk 77 is getting the top spot in 2019, and with a relatively quiet launch window of Spring 2020 its potential is significant

"Final Fantasy VII remake is still drawing a lot of attention, despite having been announced four years ago. Marvel’s Avengers debuted with a bang. One of the reasons Square Enix did so well in the publisher’s overall coverage, along with FF7 and FF8.

"Apex Legends and Elden Ring are the only new franchises showing here. An excellent performance for Elden Ring in particular, following both the game and partnership announcement between FromSoftware and George RR Martin, both strong brands themselves."