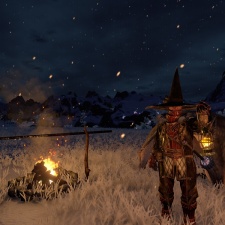 Quebec Indie studio Nine Dots wants to prove that games can be successful without killing your workers.

Outward has been a success for the studio and publisher Deep Silver, Boucher-Vidal claims. Nine Dots was able to achieve this by creating processes during pre-production that let the team scale efficiently.

Defining crunch as work-weeks longer than 53 hours, the CEO and project creative lead claims the team never once resorted to the harmful practice.

"I have something to prove,” said Boucher-Vidal. “When you treat developers right, you actually achieve more and [spend] less. We're trying to lead by example, something I feel the game industry is doing wrong.”

It’s been hard to avoid conversations around crunch in recent years, and that’s only ramped up in the last few months. From the Riot Games walk-out to Epic Games and Netherrealm Studios churning through bodies at record rates, there’s little illusion around what it’s like to work in games right now.

Boucher-Vidal feels we need more than talk right now. With Outward, he wants to give hard numbers to prove that responsible working conditions can ultimately be more successful than burning out staff.

“It’s been a subject matter that’s very active recently with the whole unionising question, and the crunch debacles that keep sparking on social media at the moment. This is something that I’ve been trying to be loud about over the past eight years, but I’ve been thinking like, 'nobody’s going to listen to an old fool who’s shouting at the clouds.'

“But if we make something that’s impossible to make, maybe they will listen to us."