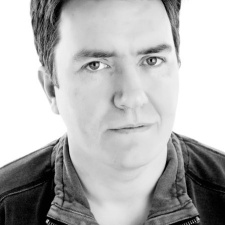 British development studio Free Radical Design has reformed to work on a new entry in the TimeSplitters franchise.

Publisher Deep Silver has revealed that the developer's original founders – including Steve Ellis (pictured) and David Doak – have come back together in this new version of the iconic studio, which will be situated in the Nottingham area. Development on this new TimeSplitters game is apparently set to start in the coming months.

Free Radical was formed in 1999 by developers who worked on GoldenEye and Perfect Dark at Rare. In 2009 the studio was acquired by Crytek and renamed Crytek UK, before being shut down and/or bought by Deep Silver to become its Dambuster Studios. This new Free Radical Design appears to be separate from that developer.

News of a new TimeSplitter game comes in the wake of THQ Nordic-owned Koch Media snapping up the IP,  as well as Free Radical's Second Sight, in 2018.

The following year, THQ Nordic revealed that Ellis had been hired by Deep Silver, leading to speculation that a new TimeSplitters game would be coming along.

"To finally be able to confirm that the studio has been formed and that we have a plan for the next TimeSplitters game is incredible," Ellis said.

"While we cannot tell you anything more at the moment, we look forward to sharing information in the future."

Since acquiring the IP, THQ Nordic has had to confirm that it isn't teasing a remake of TimeSplitters 2. Fan-made project TimeSplitters Rewind is apparently still in the works despite the IP changing hands.