Ex-Netherrealm developers reveal a culture of crunch and exploitation 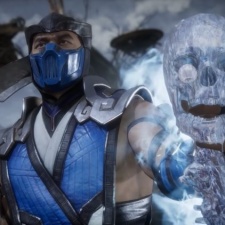 Former employees and contractors at Mortal Kombat developer Netherrealm have opened up about working conditions at the studio.

In an exposé over on PC Gamer, Netherrealm vets said that Mortal Kombat 9, X, and Injustice 2 - and likely recently-release MK11 - were all developed with long periods of crunch.

"I crunched for about four months straight,” said QA tester Isaac Torres, who worked at the company between 2012 and 2013. “I was regularly doing 90-to-100 hour weeks and worked every single day."

"I was tired all the time. I would get to work at 9 or 10 am. I would leave at 2-3 am. And then that process would mostly repeat itself. Honestly, I have no clue how I did it. I’m pretty sure I aged 20 years in the span of three months."

Meanwhile, contractors were forced into overtime through low pay. Contract concept artist Beck Hallstedt claimed Netherrealm is reliant on a constant churn of low-paid contract workers. She claimed these workers were paid an hourly rate of $12 - or $11 if you were a woman.

She explained: "Some folks have been doing this for 4+ years. Some folks have gone into huge credit card debt b/c of it. Because of this NRS's contractors NEED overtime to survive. They NEED the time-and-a-half pay to make rent."

Former QA analyst Rebecca Rothschild further explained the high levels of crunch and added: “Lots of amazing people work at NRS, but there are serious, systemic issues that need to be addressed.

It’s been less than a week since the last big crunch story came out, courtesy of Epic Games. Between Netherrealm, Epic and Rockstar (not to mention Telltale’s catastrophic collapse), it’s increasingly clear there is something deeply rotten about the business of making games.