Medieval multiplayer slasher Mordhau sticks at No.1 for the second consecutive week 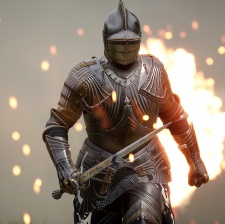 Medieval stab ‘em up Mordhau is king of the Steam Weekly Charts for the second week running.

Mordau actually made its chart-topping debut in last week’s Top Ten, though Valve’s new VR Kit overshadowed Triternion’s surprise hit. While it includes a more medieval take on battle royale, Mordhau has a number of other game modes to keep it from relying on the trend.

Valve’s newest VR headset overshadowed Mordau’s debut last week. But despite - or because of - selling out within days last week, only the complete Index VR Kit remains in the Top Ten this week at No.6.

Divinity: Original Sin 2 returns to the Top Ten this week at No.4 following an official Korean localisation update. Pre-orders for Rage 2 bring Bethesda’s other open-world post-apocalypse to No.5.

Risk of Rain 2 remains in this week’s chart, slipping one spot down to No.7. Human: Fall Flat climbs a spot, meanwhile, taking ninth place. It sits below pre-orders for Creative Assembly's Total War: Three Kingdoms.

Sekiro sticks with us at No.10, for possibly its final consecutive week since launch making a Top Ten appearance.