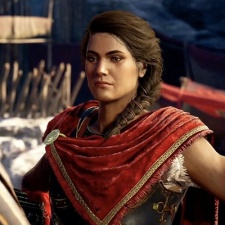 In an interview with Gamasutra, execs said the publisher looked to avoid long periods of overtime while developing the latest in the annual open-world franchise.

"While we can always do better, I can tell you hand on heart that [Assassin's Creed Odyssey] hasn't required a massive crunch, like maybe some of the triple-As from five or ten years ago," said Ubisoft Quebec MD Patrick Klaus.

"We can still always do better, but we have managed pretty well to succeed in delivering a game of huge magnitude which is hitting a good quality, while making sure that our teams are not burnt out and disgusted with working in games.”

Much of the conversation alleges that creating huge open-world games at this scale requires overwork, an inevitable sacrifice made to create the biggest games on the market.

But if Ubisoft’s claims are true, then it’s worth asking what it’s doing that Rockstar - without annual release deadlines - is not.

"We collectively, on the management team, think that it is a false economy to burn out our teams," said Klaus.

"We risk losing them, or we risk disengaging them, and we will simply not get the best out of those talents if we're forcing them to work insane hours in crunch. We've got some way to go, but I'm feeling good about what we have achieved."

Ex-Netherrealm developers reveal a culture of crunch and exploitation