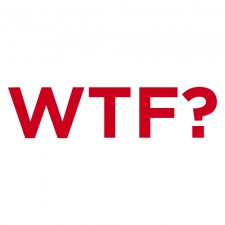 American soft drink giant PepsiCo had plans to launch a group of satellites acting as an orbiting billboard in order to campaign against gamer prejudice.

Yes, you read correctly. The firm had teamed up with Russia's StartRocket to launch a group of 'cubesats' to promote a “campaign against stereotypes and unjustified prejudices against gamers".

This was part of an ad push to promote its new Adrenaline Rush Russian energy drink.

“Orbital billboards are the revolution on the market of communications. That’s why on behalf of Adrenaline Rush - PepsiCo Russia energy non-alcoholic drink, which is brand innovator, and supports everything new, and non-standard — we agreed on this partnership.”

This follows a YouTube ad (below) which pushes against the idea that games are just for lazy children. PepsiCo is also running a number of Dota 2 tournament in Moscow over April called the Adrenaline Cyber League.

In this press release, the company says that: "The goal of the movement, which last year launched the brand, is to combat stereotypes and unjustified prejudices against gamers."

But it seems that Pepsi is no longer looking to do this partnership, telling Gizmodo that it was a one-off test.

"We can confirm StartRocket performed an exploratory test for stratosphere advertisements using the Adrenaline GameChangers logo,” a PepsiCo spokesperson said.

"This was a one-time event; we have no further plans to test or commercially use this technology at this time.”