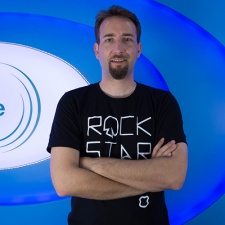 Playerunknwon's Battlegrounds creator Brendan Greene is leaving battle royale behind to work on a new project.

After half a decade working on PUBG, Playerunknown himself is moving to greener pastures - at least, as green as they get within PUBG Corp. While he’s sticking around in the multiplayer space, Greene has no interest in creating a PUBG 2 or otherwise explore the genre.

"It wasn't that I wanted to move onto something different, it was that the team we have,” Greene told GamesIndustry.biz.

While remaining at PUBG Corp, Greene will head up the company’s new Special Projects division in Amsterdam, in part to allow him to stay closer to his family, but also to let him get to work experimenting on the next hit for the company.

For now, the team is experimenting on a number of new tools, techniques and mechanics across genres, but Greene explained that the team was yet to fully commit on a new project.

"I have lots of other ideas in my head for games I would like to play and we're going to see if other people would like to play them too," said Greene. "That's where we're at. We haven't really started anything yet because we're team building."

Whatever it is, it’s likely Playerunknown isn’t returning to battle royale anymore. The genre has been his life since his Arma modding days, but Greene is keen to move on.

“The last man standing concept is great, but I've done that. I don't really intend to make PUBG 2. I've done battle royale, it's time to try something else. There are ideas about how we connect to people and how we provide the different experiences I have."