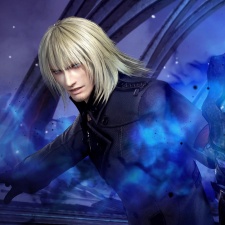 The crossover brawler, developed in partnership with Team Ninja, was released on PlayStation 4 last year, bringing characters across from a host of Final Fantasy entries into three-on-three clashes.

During its Q3 2018 investor Q&A on February 8th 2018 - shortly after the game's January 2018 release - Square Enix said at that point that sales for the console fighter were below its expectations. The publisher stated post-launch initiatives and tournaments were a potential way to close the gap.

Those post-launch initiatives never mentioned bringing the game to PC, nor moving to a free-to-play business model. Square Enix runs a number of free, transaction-based games on mobile, but isn’t quite as established in using the model on PC or console.

Incidentally, Dissidia hasn't been mentioned in any investor information since that Q&A in February 2018.

Like League of Legends, there will be a rotating cast of free characters, with players able to shell out for permanent ownership of weapons and characters. Dissidia Final Fantasy NT is due for release on Steam on March 12th.

Dissidia wasn’t by far the only disappointment for Square Enix last quarter. The company is dramatically restructuring its business units following poor performance over the period.