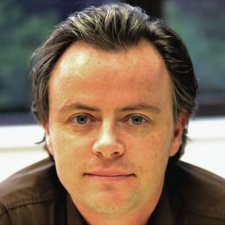 Video games merchandise firm Numskull Designs - part of the Rubber Road Group - has revealed it is going to be trying its hand at publishing.

The newly-announced Numskull Games is to be headed up by Martin Defries (pictured), the co-founder and former managing director of indie label Rising Star Games. He departed the company in August 2018 after 14 years following its purchase by Thunderful Group.

Before that held roles at both PlayStation Europe and Ocean Software.

This new publishing venture will be offering services including sales, marketing, finance and distribution. The firm is also looking to bring digital games that are already out to physical retail, making it a competitor for the likes of 505 Games and Sold Out.

There's no indication from the announcement what sort of games Numskull is looking to publish, or of what size, but we'd speculate that this new business will be partnering with indie and mid-tier studios.

We've sent across further questions so keep an eye out for an interview with Defries in the near future.

“Starting a new games publisher that integrates with the infrastructure and vast reach of the Rubber Road group is a compelling opportunity," Defries said.

"Their resources and know-how mean that Numskull Games has the ability to promote, market, and sell games that take us beyond start-up immediately.

“Further, by collaborating with Numskull Designs and their expertise, Numskull Games can offer a unique proposition to game studio partners. We already have a raft of exciting projects that will be announced in the coming weeks. The team here are keen to recruit further game content and expand our plans rapidly.”