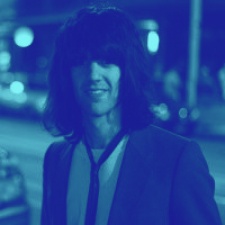 Some of the core team that worked on Sega's retro-styled Sonic Mania have set up a brand new studio.

According to its website, Evening Star was established in November 2018 and is headquartered in Los Angeles. Members of the team are all around the world, including Melbourne and London.

The studio is off to a flying start, too. Whitehead is arriving with the Star Engine, an evolution of the Retro Engine which he developed during his days as a fan game creator and the tech that powered Sonic Mania.

"For Evening Star, being a 'boutique' game studio has a specific meaning," blurb on the studio's website said.

"Every member pursues a goal to make their own great games. By encouraging strong technical foundations in every discipline, members are given a voice and latitude to impact games in unique ways. By reinvigorating gaming history's more cunning techniques, the team boldly explores directions long since left behind. With that driving approach, and a proprietary engine and toolset, Evening Star has developed an innovative workflow which minimises the barriers between ideas and execution."

Sonic Mania was announced in July 2016 at Sega's 25th-anniversary celebration for the series with a really nicely put together trailer (below). The title launched in August 2017 - with the PC edition hitting shelves two weeks later. By April 2018, Sonic Mania had sold one million copies around the world.

PCGamesInsider.biz named Sonic Mania as one of the Games of 2017, saying that sometimes listening to the fans and creators in the community can deliver a fresh take on your IP.