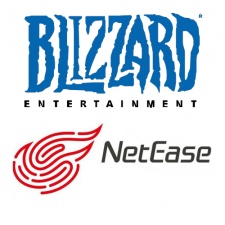 January 11th, 2019 - 10:31am
By Natalie Clayton, Staff Writer
Blizzard and NetEase have decided to prolong their partnership until January 2023.

The Chinese publisher has been working with the Warcraft company for ten years, starting with Starcraft 2 distribution. The company currently publishes all of Blizzard’s titles in mainland China and will continue to do so for the next four years.

“NetEase has been instrumental in helping us bring Blizzard’s epic games to even more players around the world, and we’re grateful to have such a strong partner in China,” said Blizzard president J. Allen Brack. “We look forward to continuing our relationship and cooperation in China and beyond.”

Besides publishing, NetEase also runs independent esports leagues for many Blizzard titles - including Heroes of the Storm, in spite of Blizzard’s decision to cancel its own esports operations for the game.

As a frequent producer of handheld action-RPGs, NetEase is also collaborating with Blizzard to create mobile-only title Diablo Immortal. Despite receiving a frosty reception at Blizzcon, Immortal is being created with the Chinese market in mind and is likely to sit well with the country.