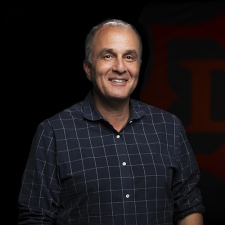 Folks, something big happened at the weekend. No, I'm not talking about the UK-EU Brexit negotiations entering their final phase or the HBO box-set levels of drama coming out of the US mid-terms.

Yes. You heard correctly. What with the massive success of Hearthstone on mobile devices, we're as shocked as you are that Blizzard would bring another of its pillar IP to these platforms.

The publishing giant revealed Diablo Immortal, a co-production between Blizzard and its Chinese publishing partner NetEase, on-stage at its annual Blizzcon and - predictably - the fans are not happy with this.

As reported by Kotaku, one fan during a Q&A asked the developers whether this was an "out-of-season April Fool's joke", while many gamers are expressing their fury on social media, likely due to the expectation that a brand new fully-fledged PC or console Diablo was on the way thanks to a pre-Blizzcon blog post announcing that multiple projects are in the works for the franchise. The devil is in the details, after all.

“We know our audience here is passionately PC- and console-focused,” Blizzard co-founder Allen Adham said speaking to Kotaku, clearly having not read PCGamesInsider.biz's thoughts on 'passion'.

Asked about the sheer amount of vitriol and - let's be honest - entitlement, Adham said that, gag, 'passion' was the key ingredient to this backlash.

“They love what they love and want what they want,” he said.

“That passion, it’s actually what drives us, and we feel it too. It’s why we make games and why we’ve made games for almost three decades now—and why our community is so passionate about our franchises. I understand their feeling and wish we could share more about all the amazing things we’re doing, not just with the Diablo franchise but across the company as a whole.”