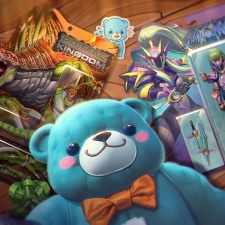 Blizzard is winding down development on its crossover MOBA Heroes of the Storm.

The game maker is moving developers off the title and has cancelled plans for upcoming esports events. With multiple high-profile live games in service and several games in the works behind-the-scenes, it appears continued development of the cross-franchise MOBA is no longer a priority.

“We now have more live games and unannounced projects than at any point in the company’s history,” said a statement signed by Blizzard CEO J. Allan Brack.

”We’re also at a point where we need to take some of our talented developers and bring their skills to other projects. As a result, we’ve made the difficult decision to shift some developers from Heroes of the Storm to other teams”

This refocus has seen esports operations Notably, the Heroes Global Championship and college league Heroes of the Dorm will not return in 2019.

“After looking at all of our priorities and options in light of the change with the game, the Heroes Global Championship and Heroes of the Dorm will not return in 2019," Allan Brack continued.

"We ultimately feel this is the right decision versus moving forward in a way that would not meet the standards that players and fans have come to expect.”

An attempt to capitalise on the popularity of MOBAs - a genre that emerged as a mod from Blizzard’s Warcraft 3 - Heroes ultimately failed to break the hold Dota and League of Legends held on the genre.

And while hardly a commercial failure, Heroes of the Storm didn’t break out in the same was as Overwatch and Hearthstone. Heroes of the Storm will continue to be supported with new content, but it’s been the dark horse of Blizzard’s lineup for a long time now.

Allen Brack concluded: “We’ll continue actively supporting the game with new heroes, themed events, and other content that our community loves, though the cadence will change. Ultimately, we’re setting up the game for long-term sustainability.”

It's possible this is tied to reports in November that Blizzard was cutting development costs in the wake of Overwatch's smash hit success, with the firm seemingly taking a leaf out of Activision's '$1bn franchises only' playbook.