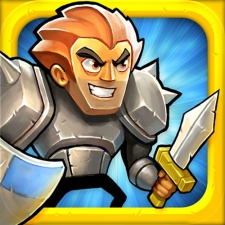 Robot Entertainment is cutting operations for three of its live games over financial necessity.

The studio announced via a blog post that Orcs Must Die! Unchained will be shut down alongside Hero Academy 1 and 2, as it was no longer financially viable to keep the games live.

"Making and supporting a game is a long and challenging journey,” said CEO Patrick Hudson. “We know this decision affects our players as much as it does us.”

"We've kept these games operating at a financial loss for many months. Unfortunately, it's no longer sustainable for us to do so. We must shift our focus to future games and make our investments there."

All three games will shut down on April 8th at 5pm BST. Until then, players of Orcs Must Die! Unchained and Hero Academy 2 will be gifted a "substantial free grant of hard and soft currencies" to let them make the most of the remaining months.

Robot Entertainment laid off 30 members of staff, including designers, programmers, artists, marketers, producers and QA testers, shortly after launching Hero Academy 2. At the time, the developer reassured fans that its games would remain online during the restructuring.

Bioware's Casey Hudson isn’t ready to give up on Anthem