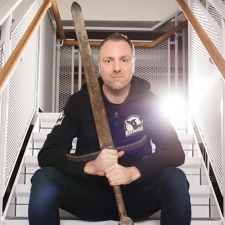 That’s in an interview with PCGamesN, where the developer explained that it has no immediate plans for developing another sequel anything soon.

“There are a lot of cool factions that we really want to do, which might not belong to the same side as Skaven and Chaos, of course,” said Wahlund, when asked on potential future content. “But from our perspective, we want to be in the long run, we want to be here for five to ten years, at least.”

“It’s very important to have a long time mindset on how to build your games and there’s so much stuff we can do. I mean the funny part is a lot of people think you ship a game and then you want to do something new.

“There’s a part of me who wants to do that but another part of me is when you ship the game you have a really great platform to build on. You have an audience, you have the core mechanics, and then you can build on top of that.”

That doesn’t mean Fatshark is only working on Vermintide content. Wahlund explained that around five members of the team are currently “prototyping on potential new things” that may become its next game.

Fatshark isn’t working alone to keep the rats at bay, however. The company recently acquired fellow Swedish developer A Sweet Studio and put it to work on future Vermintide content.

We caught up with Wahlund shortly after the release of Vermintide 2 - during which the exec revealed that within two weeks of launch the title had made more money on PC alone than its predecessor had across platforms to date.