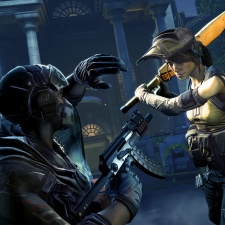 A spiritual successor to games like Enemy Territory: Wolfenstein, Dirty Bomb entered Early Access on Steam back in 2015. Its official launch didn’t take place until this August but evidently hasn’t managed to retain enough of an audience to remain supported.

“After regaining publishing rights for DB nearly two years ago, we staffed up a load of developers and tried our best to deliver a Dirty Bomb experience that would be feature-rich with tons of new content, while maintaining its great gameplay feel & balance,” said Splash Damage, in a statement released last Thursday.

“Unfortunately, despite all the added time and resources, there were some challenges we couldn’t overcome, and we were not able to make DB the success that we hoped it could be. The bottom line is that we can’t financially justify continuing to work on the game we love.”

While development has ceased, Dirty Bomb isn’t disappearing immediately. Servers will remain up while there’s a community willing to play.

The statement continues: “We know many of you love DB and still play it religiously, so we will keep servers up for you to enjoy, as long as there are a meaningful number of players using them in the supported regions.”

As new mercenaries - DB’s “hero” characters - will no longer be released, Splash Damage will be offering refunds to players who bought the Merc Pack DLC by January 2019 at the latest.

The studio also said it hopes that features like community servers and trading will help the gain retain life beyond the end of development.

This isn’t the end for Splash Damage as a studio, however. The statement closes with mention of “many announced and unannounced titles in production".