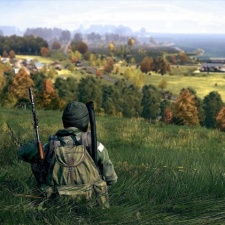 The milestone comes one week after the game entered its long-awaited Beta phase on Steam and developer Bohemia Interactive still believes the game will hit 1.0 before the year is out.

DayZ is a standalone successor to Arma 2’s mod of the same name. The game entered Steam Early Access back in December 2013 and is only now gearing up for its final release.

"It's always nice to see new players trying DayZ, but what's probably even more important to me is that our existing community is slowly coming back into the game after taking a break," said lead producer Eugen Harton.

"We have dozens of community servers opening again and experimenting with early mods. We've more than doubled our daily active players count after the PC BETA, and that's with a game that still needs a lot of polishing and bug fixes. The growing excitement is such a welcome change, especially after the last two years that were really tough for us and the community alike."

The game sold one million copies