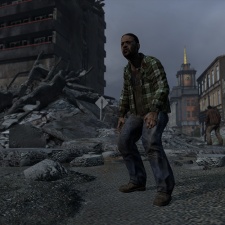 In a blog post, developer Bohemia Interactive revealed that both the project's beta and the final release will be happening in 2018. The studio also says it will not be releasing any major releases this year, either.

The beta is not going to be feature complete, with Bohemia saying that the goal is to create not just a game, but an engine and platform for other projects. Thus, it is taking a long time to get together.

"2018 is going to be an important year for us in the studio, as our long-term work finally makes its way out there," the team wrote.

"We sure take our time, but I truly believe that people only remember great games, and not how long it took to make them.

"I hope that despite the somewhat disappointing nature of this Status Report (in terms of not having another major release this year), we still managed to hold on to the support from the most dedicated among you. We'd love to follow up with an open Q&A on our forums, where I and our community team will do our best to answer your questions regarding any specific features or content."

DayZ began life as a mod of Bohemia's ARMA II military sim made by developer Dean Hall. He joined the studio in 2012, releasing a standalone version of DayZ in 2013. The zombie game soon took off and became one of the first Early Access success stories.

The game has sold well over three million copies since its inception.

DayZ was also the root of Playerunknown's Battlegrounds; this is where developer Brendan Greene first tried out his idea for a battle royale game.