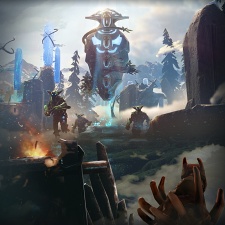 Valve has expressed disappointment at the inappropriate behaviour of a DOTA 2 player following multiple incidents of racism by numerous esports professionals.

We have been made aware of an inappropriate comment by one of our players in today’s #coLDota #DreamLeague match. Complexity Gaming does not condone intolerance of any kind and the player will receive a formal reprimand, as well as a maximum fine.

TNC Pro Team player Carlo “Kuku” Palad later used similar slurs in-game. DOTA 2 was then review-bombed by Chinese players, the majority citing a lack of appropriate punishment for both Kuku and Skem. Valve has since responded on its DOTA 2 blog.

"It pits fans against each other, belittles and demeans entire groups and makes them feel like they are not as important,” said Valve in a statement titled The Major and Professional Players.

“Going forward, we expect all teams who participate in our tournaments to hold its players accountable, and be prepared to follow up with strong punishments when players represent Dota and its community poorly."

Valve didn't clarify what consequences pro players and teams will face for breaching this line. But a cited preference for letting players “express themselves freely” appears to have landed the company in hot water.

"We’ve always had an approach of letting the players be themselves and to express themselves freely," read the statement.

"That’s how it’s always been for a long time. However, we also expect pro players to understand that they represent the Dota community regardless of where they are. Words carry a lot of meaning.

"Some people may not agree or understand why certain words are harmful, but it doesn’t make it any less so to those on the receiving end. The language used by multiple players over the last week has caused many of our fans a lot of pain and is not behaviour that we condone."