OPINION: It's time to drop 'passionate' from your PR playbook 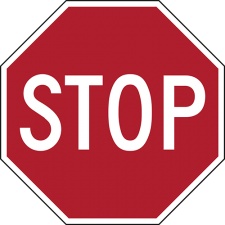 There are an awful lot of meaningless words, phrases and terminology in this industry.

Companies 'sunset' studios, rather than saying they are closing them. Users have 'choice' when it comes to buying extra content to help pad out ever-growing games budgets when reality there's pressure to splash their cash.

But the worst, and arguably the most dangerous, in wide use over the last few years has been 'passionate'.

We've seen then-PlayStation Europe boss write off anger in the games community during GamerGate as passion. Within the last 24-hours, Rockstar Games boss Dan Houser has said - in the wake of a quote claiming employees worked 100-hour weeks to finish Red Dead Redemption 2 - that staff who worked longer hours were just 'passionate' about what they did.

Hell - it's not just confined to the video games space. McDonald's described rabid Rick and Morty fans who were storming their storms for Szechuan sauce as passionate, saying: "We were truly humbled by the amazing curiosity, passion and energy this community showed to welcome back Szechuan sauce".

The reality is that 'passionate' is a coverall term for anything negative in the games space.

If fans are toxic, entitled and harassing developers and other employees, that's simply passion. The fans simply care so much about what you are making or doing that they just can't control their 'passion'.

Like I said, if you can't say the truth just say something that sounds nice. We're all passionate, right? We can all relate to having a passion and engaging deeply with something.

But this goes beyond simply trying to spin negative behaviour into something that's really positive - and this is why I believe the P word is deeply unhealthy: it moves the responsibility for the negative behaviour onto individuals or outside factors that are "totally out of our control, man".

Using 'passionate' in your PR messaging betrays you and the company you are representing as being cowards. It's a word that covers up your inability to call out the toxic and negative behaviour of your fans for fear of losing a customer - much like our medium's incredible ability to consistently use political backdrops and themes as set dressing for their games, without risking saying anything that might alienate a potential consumer.

It's also an exploitative term that highlights a shortfall present in any creative field - that if you want to be good at something you need to work yourself to the bone.

As seen from Dan Houser's statement, if employees want to work long hours to make games, then they're simply passionate. It's got nothing to do with the toxic working practices of this industry - that have become ever more apparent this year - including employees feeling peer pressured into working longer hours to get games finished, generally to satisfy arbitrary financial calendar goals.

The reality is that crunch and working longer hours consistently should not be practices that happen in 2018 - we should not be allowing massive corporations to gain financially from staff being unable to see their families and sleeping under their desks. Like most creative fields, the video games space is one that is content to take enthusiasm and talent, bleed that dry and have no care for the damage caused.

As an industry, we need to start standing up for what is right. We need to start calling out toxic behaviour - as many companies have started to do. And we need to start looking after the people making games. Many of the biggest releases each year are made off the back of overwork and crunch and that's not right.

We're the fastest growing entertainment medium and it's unacceptable that we are allowing toxicity and gamer entitlement to fester in the space.

And it's cruel that developers are still compelled to work themselves to death to make these projects. At the end of this day, what is this industry without this talent?