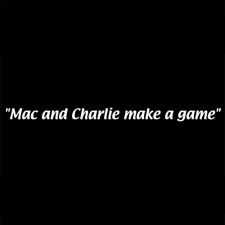 Two of the stars from FXX's It's Always Sunny in Philadelphia are collaborating with Ubisoft to make a show about game developers.

According to The Hollywood Reporter, Rob McElhenney and Charlie Day have been given the green light by Apple to produce the show.

The project is described as a "cutting-edge" show that will "explore the intricacies of the human condition through hilarious and innovative ways".

Ubisoft is one of the companies involved in the series, as are Lionsgate and 3 Arts.

This follows McElhenney announcing that he was no longer working on the Minecraft film after that was delayed.

"I’m pleased to announce this afternoon that our partnership with 3 Arts Entertainment has hit the ground running with our collaboration with Ubisoft on a scripted series for Apple, a comedy created and executive produced by Rob McElhenney and Charlie Day, the creative masterminds behind It’s Always Sunny in Philadelphia,” Lionsgate CEO Jon Feltheimer said in a recent earning call.

Fingers crossed the show ends up treating the subject matter with the respect it deserves - too many mainstream programmes about video game and nerd culture tend to fall back on old stereotypes.