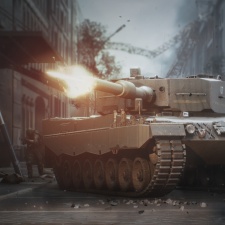 The Polish games firm announced this milestone saying that its staff were hard at working fixing issues present since the project's rollout into Steam Early Access.

"This success is truly humbling, and gives us even greater motivation to continue extensive development of the game," the company said in a release.

"After years of development we are excited that the game has reached the players' hands, and this is just the first step in a great journey with our highly dedicated and passionate fans.

"Also at this point we would like to apologise to all players who experienced issues with network connections during the first few days. Since the Early Access launch our development team has been working around the clock to fix the problems that arose. We are grateful for fans' response to World War 3 and the support we received from our community on all of our social media channels. It made the last few days easier to endure, thank you. We are planning to offer a form of in-game compensation for your troubles, with more info coming soon."

World War 3 was the best-selling game on Steam last week.