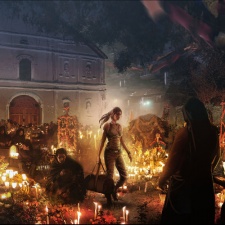 Shadow of the Tomb Raider has faced an onslaught of negative reviews after going on sale.

The closing act in Lara Croft’s reboot trilogy was generally well-received by players and critics alike, with largely positive reviews on Steam. But a week-long price cut of 34 per cent has early buyers disgruntled.

The campaign has dropped Shadow of the Tomb Raider's overall review rating to "Mixed", with Steam warning store visitors of a high volume of negative reviews between October 16th and 18th. There are some game-related complaints, of course, but a significant number are feeling ripped off.

“Love how this game goes on sale a month after release,” said one disgruntled reviewer. “Consumers get fkd for pre-ordering. Probs won't ever get another TR game now.”

Another added: “Glad I bought this game a week ago just for it to go sale only after a month of it being released...”

While complaining about a game going on sale may seem ridiculous, players who picked up the game at full price understandably feel like Square Enix is calling them suckers for not waiting a month. But this kind of practice is nothing new.

Steam is a platform where games frequently go on sale - and even with the 34 per cent discount, Shadow of the Tomb Raider will still set you back close to $40. At the very least, this whole situation is a learning experience in pre-ordering pricey games.

Whatever your feelings on quick sales, there is never a time for telling someone to die.