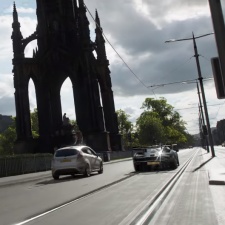 That's according to a post from the studio director Gavin Raeburn from developer Playground Games on Xbox Wire, which says the milestone was reached yesterday (October 10th).

The game maker says that 4.6m hours of Forza Horizon 4 have been watched on streaming platforms such as Mixer,Twitch, YouTube and Facebook as of October 9th. Furthermore, users have driven over 822.7m miles. Nice.

In addition, the Playground developer says that Horizon 4 is the highest-rated Xbox-exclusive of this generation to date, as well as the best-selling racing franchise for the same period.

Given that Forza is the only annual racing series around at the moment, this is hardly a surprising claim.

That figure is for both Xbox One and Windows 10, and is presumably counting subscribers to Xbox Game Pass. As reported by PCGamesInsider.biz before - these stats don't mean a whole lot without knowing the core components of the figures being released.

"It has been one week since we launched Forza Horizon 4 and we are humbled by the overwhelmingly positive feedback we continue to receive from players around the world," Raeburn wrote.

"We are proud to say that in this first week alone, there are currently two million players driving around Forza Horizon 4’s Britain. On behalf of everyone at Playground Games, thank you for supporting Forza Horizon 4 and making the game such a success!

With such incredible global engagement with Forza Horizon 4, the game is now the highest-rated Xbox exclusive of this generation* and Forza continues to be the best-selling racing franchise of this console generation."

Microsoft is clearly so happy with the Lemington Spa-based developer that it was one of four studios that the Big M decided to snap up ahead of E3 this year. There are also reports of the Xbox firm tasking a newly-expanded Playground with making a new entry in its Fable franchise.